This section is about what I have done. 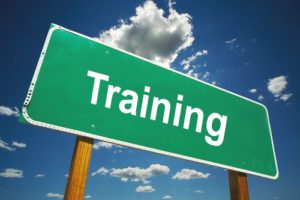 PSYCHOTHERAPY: I am a licensed Marriage, Family and Child Therapist (MFCC or LMFT) with a Ph.D. in clinical psychology. I’m a clinical fellow with the AAMFT. I was trained in humanistic psychology, with additional training in body-centered therapy, gestalt, emotional intelligence, hypnotherapy and forensic psychology.

PUBLIC SPEAKING: I’ a professional speaking coach. I can give professional speeches, presentations and workshops on these topics. During my time in Toastmasters International, I won 50 speech contests. I was named “Toastmaster of the Year” five times. I am a “Distinguished Toastmaster” (DTM).

BOOKS: I am the author of more than 20 books, including the 4DQ Transformation System. These books are presently only available to students and clients of mine. Go here for more information.

MUSIC: I’m an award-winning songwriter and record producer. I have written and produced more than 60 original 4dk and 4DQ Songs.

ILLUSTRATION: I’m a professional illustrator and graphic designer. I designed more than 300 information graphics for the 4DQ Transformation System and more than 1,000 original illustrations for the world of 4dk.

STORYTELLING: I have written more than 50 original 4dk Stories, with music and colorful 4dk characters. Every 4dk story (and every 4dk song) is about a different 4DQ Skill-set. I have created an entire virtual world for children called 4dk, where 4DQ skills can be learned and developed.

MOVIES: I have produced five full-length feature movies, all professionally video-recorded, edited and produced, including:

WORLD PSYCHOLOGY: I have traveled the world extensively, studying mental health in other countries and cultures. I have lived in Brazil, Switzerland and India. I have integrated holistic, indigenous and quantum approaches to healing and health with western protocols to create a holistic, multicultural mental health system called 4DQ.

NOBLE PURPOSE: All of the above training is integrated into one unified Noble Purpose – bringing four-dimensional intelligence (4DQ) into this world through mental health, education and the media.

Welcome to this website! I have spent more than 30 years working in the fields of psychotherapy, executive coaching, emotional intelligence, somatic (body-centered) therapy, trauma work, non-violent communication, integrative energy medicine and much more.